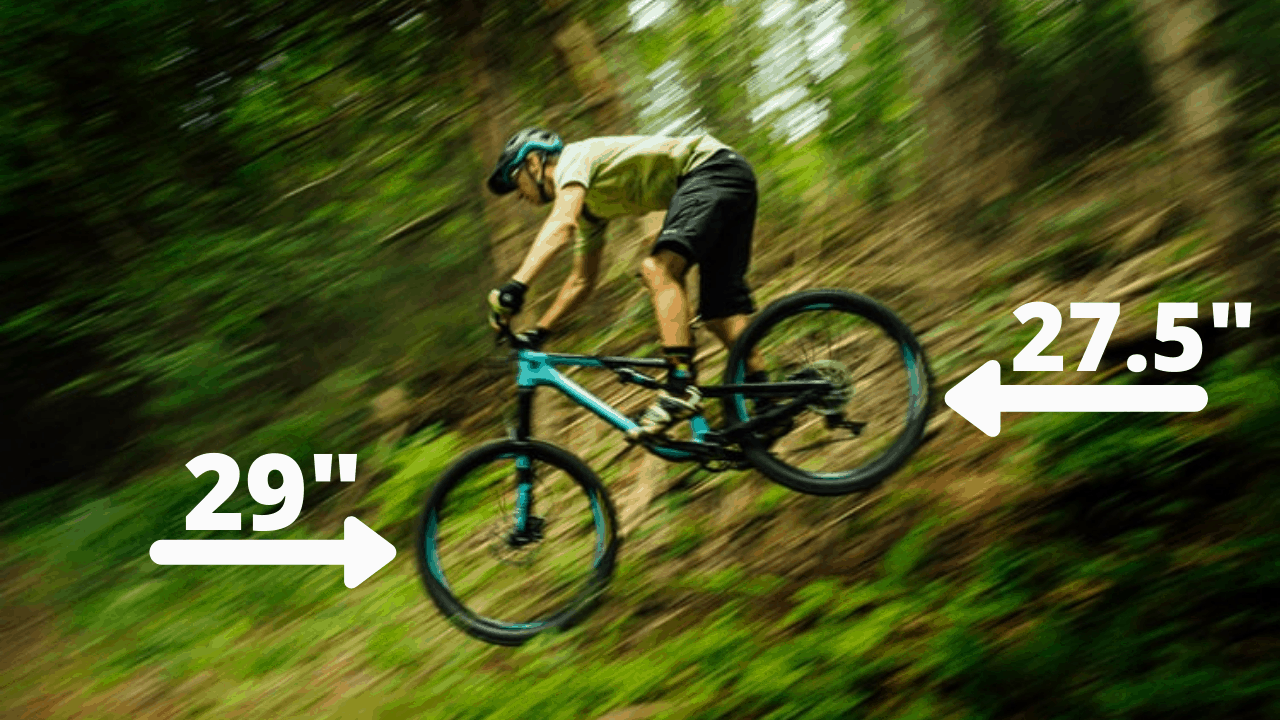 Mullet bikes are gaining popularity among the MTB community, and we can only wonder why. If the word “mullet” is giving you flashbacks of retro mullet haircuts, you’re indeed on the right track.

Much like a real-life mullet, mullet mountain bikes have an imbalance of wheel sizes. Typically, the front wheel is 29 inches, while the back wheel is 27.5 inches.

But why? Wouldn’t an imbalanced wheel configuration mess up the bike’s look and balance? In all honesty, it does. But many other benefits make these the bikes of choice for some mountain bikers.

So, without further ado, here’s all you need to know about mullet bikes.

First things first, what’s a mullet bike? To put it simply, a mullet bike is one in which the wheel sizes do not match. The most typical mullet configuration is a smaller 27.5″ wheel at the back and a much larger 29″ wheel at the front.

But why is it called a mullet bike? A mullet is a type of haircut where the hair is longer at the back and shorter everywhere else. You can see why a mullet bike is called so.

Haircut metaphors aside, mullet bikes are quite popular among mountain bikers. The mullet style makes the front wheel stronger with better traction and the rear wheel a lot more agile.

You will see more and more brands start making these types of bikes but to name a few:

The Science Behind Mullet Bikes

Why does the mullet work so well? It all comes down to two things; the stability of the rear wheel and the agility of the front wheel.

Being a 29″ wheel, the front wheel is bigger than its 27.5″ counterpart. When it encounters an obstacle, it must move a certain distance to roll over that obstacle. Geometrically, you can imagine it like a line going from the obstacle to the bottom of the tire, right where it contacts the road.

This imaginary line makes an angle with the ground, which is the ramp angle. In simpler terms, the wider the angle is, the harder it is to overcome the obstacle. A 29″ wheel is further away from the barrier when it hits it, which means the angle is a lot narrower and easier to cross.

As for the rear wheel, since it’s smaller and lighter than the 29″ wheel, it will accelerate faster, making it much more agile than the bulkier 29″ wheels. Plus, it has a smaller contact patch; it tends to drift, leading to more playful turns. And since it’s smaller, it doesn’t kick your butt up when going downhill.

Why You Should Mullet Your Bike

Are mullet bikes any good? Not everyone’s on board with giving their bike a haircut. It comes with a lot of downsides—lack of proper balancing, uneven weight distribution, and just how wacky it looks. But a mullet bike has a few more benefits than you think.

The main star of the mullet bike is the 29″ front wheel. Since it’s bigger, it rolls over rocks and boulders easily. For tourists and professional racers, the benefit is not a big deal. But for mountain bikers, you couldn’t ask for better.

One of the biggest problems while riding a 29er (fancy talk for a bike with 29″ wheels) is going downhill. Yes, the traction is phenomenal. But you’ll find your butt getting kicked up every time. If you prefer a more stable ride that’s not so bumpy, consider a mullet bike.

Mullet bikes reduce the head angle, which provides a faster speed and reduces rolling resistance. It’s not a big deal for most people. But when you’re trying to stretch your engine to a few extra miles, you’ll take all the speed you can get.

29ers remain unchallenged when it comes to cruising. But cornering, not so much. You see, the big and bulky rear wheel isn’t the easiest to pull with you. And that’s why riders prefer to mullet their bike. It lightens the rear wheel, making it easier to turn and sway.

How A Mullet Will Change Your Bike

Before you mullet your bike, be warned that there will be significant changes to your bike. Here are the changes to expect from your bike:

One of the biggest changes that your bike will go through is its geometry. It should go without saying that mismatched tire sizes will create a slight imbalance in the bike. However, if you’re able to tweak the positioning of the tubes right, the geometry shouldn’t be a big deal.

The main changes in geometry will be a lower/narrower head angle, a bike that feels raised at the front, and a shorter reach. Luckily, you can get by these changes by changing your sitting habits and adjusting the reach of the handlebars.

Your bottom bracket will get slightly raised when you swap out your current wheel for a 29″ one. Exactly how much it gets raised depends on how large your previous wheel was. If you were using a 27.5″ front wheel, for instance, the bottom bracket would get increased by 7.1mm.

In retrospect, it doesn’t seem like much. But keep in mind that even the slightest change in the bottom bracket’s height could lead to massive inconvenience. Your pedal may strike the tires, for instance.

Likewise, switching to a 27.5″ rear wheel from a 29″ one will lower the bottom bracket by up to 12.7 mm. Again, you shouldn’t ignore this, as the pedal may strike the tire and may even present a hazard. Always measure how much you can afford to lower or raise the brackets beforehand.

If you’re uncomfortable with a raised or lowered bracket, you can make use of offset bushings. These are special shock-absorbing bushings that can adjust the height of the brackets. The best part is that these bushings do not affect the suspension or the travel in any way.

But be careful when working with them. Depending on how you set them up, they could lower the seat height and slacken the head tube angle. Plus, they’re not compatible with trunnion-type shock mounts.

When you raise the bike’s front, its reach will be a lot shorter. Since the front of the bike will be increased because of the 29″ wheel, the distance between the handlebars will shorten.

A shorter reach can be uncomfortable for some people. But for others, it may help bridge the gap between them and the handlebars. If your bike already feels very compact, you shouldn’t consider a mullet on your bike, especially if the reach is uncomfortable.

Before You Mullet Your Bike

So, have you decided to mullet your bike? Not so fast. There are a few more things you need to consider about a mullet bike:

First and foremost, consider the cost. It’s no surprise that you’ll have to buy a new wheel and a tire. While tires can be purchased for cheap, for a mountain bike, the good ones cost up to $100. And the wheel can cost you upwards of $300. Also, take into account that it will be hard to find just a single 29″ wheel.

But the wheel and the tire aren’t the only things you’ll need to replace. Different sizes of wheels call for different sizes of forks. Now, the type, quality, and brand of the fork will decide the final price. But you can expect to spend up to $100 on a single fork.

You could always use your old fork. A 29″ wheel can fit inside a 27.5″ fork. However, the clearance will be minimal, and there will be little to no room for movement.

When you swap out your stock wheels for bigger or smaller wheels, you’ll need a different suspension. This is especially true on a mullet bike, where the suspension also has to compensate for a size imbalance between the wheels.

Mullet mountain bikes without the proper suspension will lean backward. The weight will be heavily concentrated at the back, and your center of gravity will shift, leading to an imbalanced ride.

But merely adjusting the suspension isn’t enough. Since weight is now being shifted back, you’ll need a stronger suspension. To be more specific, you’ll either need a stronger, more elastic spring or more air pressure in your suspension. You can also opt for a bigger fork, though it’s not always required.

Upgrade the Brake and Rotor

Since a 29″ wheel and tire weigh a lot more than a 27.5″ one, you’ll need a stronger rotor at the front to handle that weight. The weight difference is usually not a lot, but it’s still a good idea to swap out the rotor for a stronger one.

Rotors not only provide more rotating power, but they’re also directly responsible for braking. If you have a 180 mm rotor, it’s highly recommended to upgrade it to a 200 mm rotor. And if your rotor is 200 mm, consider buying a 220 mm rotor.

Just this tiny change can result in 30% more braking power. And the best part is, they don’t even increase the weight of the bike that much.

Finally, consider this: a mullet bike will be exempt from warranty and refund policies. This is because of the changes you’ll need to make to your bike to mullet it. Now, this doesn’t apply to mullet bikes that were bought that way.

You’ll need to change the wheel, which automatically voids the warranty. Changes made to the suspension and rotor could also affect the warranty. Now, this relies on the policy of the manufacturer. So, be sure to confirm before you mullet your bike.

Mullet bikes aren’t the most pleasing to the eye. But the benefits they provide trump the disproportionate look many times over.

To summarize, mullet mountain bikes offer better handling around corners and more traction. They give you more room to seat yourself comfortably. And they’re quite easy to customize on your own.

But you’ll need to make a lot of changes, and expect some too. They’ll affect the reach, the suspension, and the fork travel.

Now that you know all about mullet mountain bikes, you can safely customize one yourself! 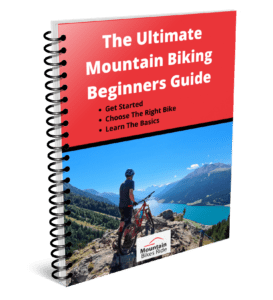 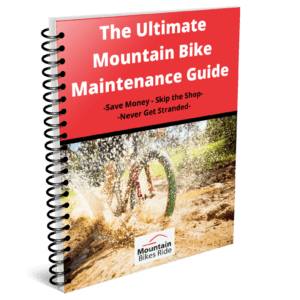